WORK IN PROGRESS! VERSION 2.0 IS NOT YET AVAILABLE 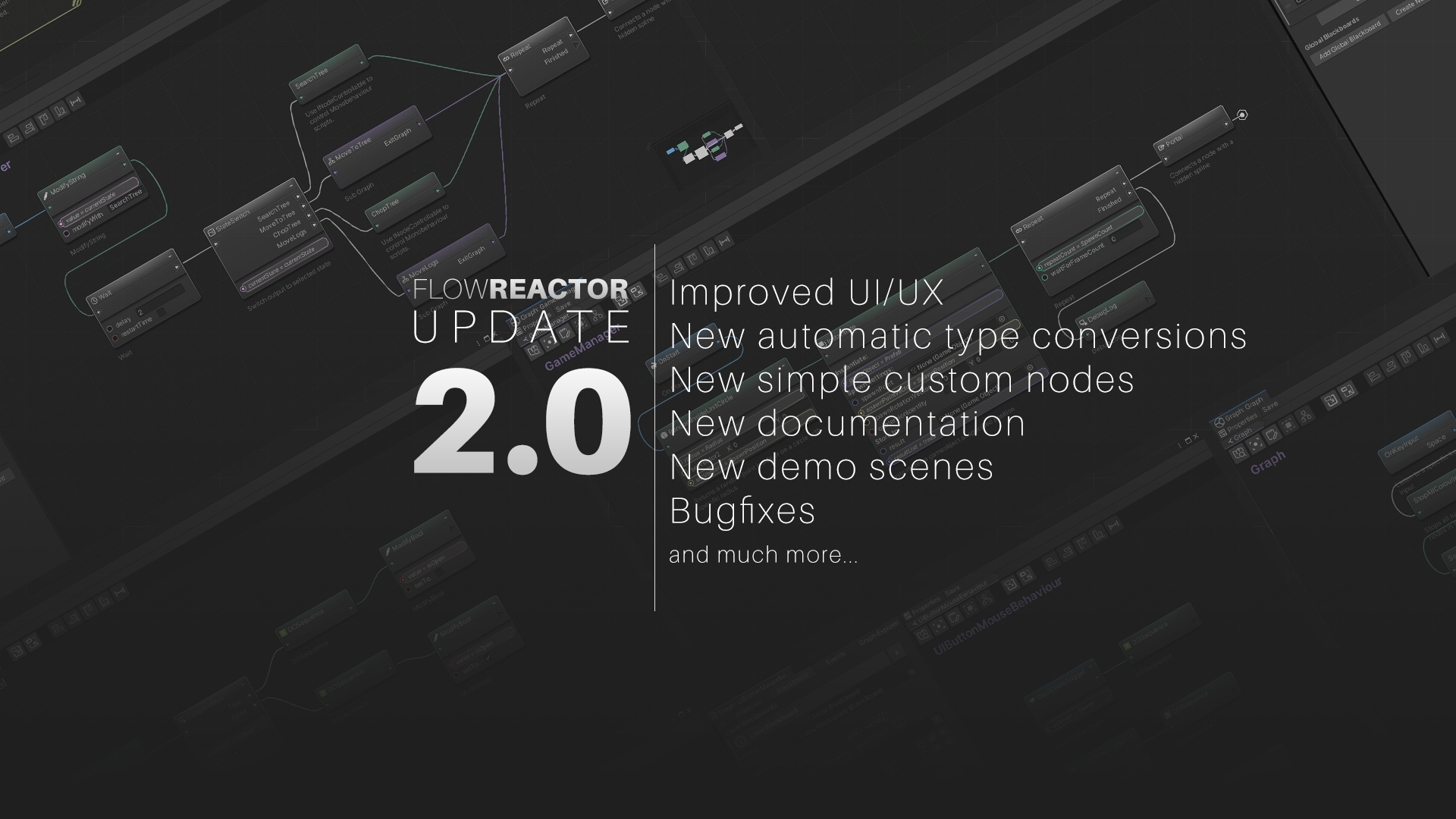 Please note: Graphs made with version 1.x are not officially compatible with version 2.0. FlowReactor will try to upgrade your graphs to version 2.0 but because of internal refactoring it is impossible to make sure every use case will work 100%. Thanks for your understanding!

We have greatly improved the UI/UX for variable connections. You can now easily connect variables from blackboards to nodes or nodes to nodes.

Variable types can now be converted automatically if conversion is supported. FlowReactor can also automatically convert game object to component types by using GetComponent. So for example AudioSource -> GameObject. This will automatically get the audiosource component from the assigned game object. 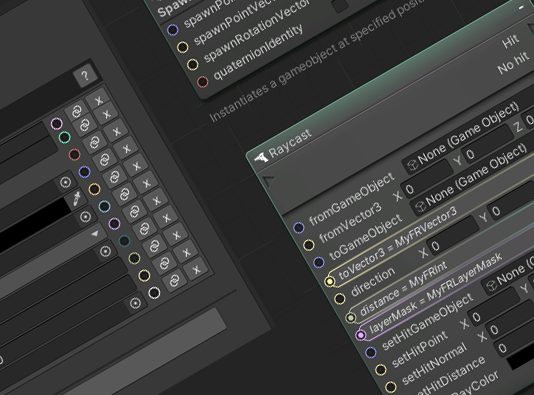 Look at all those colors!

We've simplified the custom node creation, because high level scripting is all about your own custom nodes. No need for any node wizard!
Simply right click in the project view and select one of the possible custom nodes. Those simpler nodes also have much less boilerplate code. (The node wizard still exists for creating more advanced nodes.)

New grouping of nodes works better without any weird context menu. If you want to add new nodes to an existing group, simply make sure that the node is inside of the group by resizing it.

It is now possible to drag a node out of a connection by holding the SHIFT key. Branch movement has been moved to the CTRL key.

It is now easier to quickly add new variables to a blackboard.

Some nodes do require external components to work. For example the UnityCharacterController node needs the CharacterController component. This can be defined by the NodeRequiredComponent attribute in the node class. If this attribute is defined, you can then enable the required component which should be added to the game object automatically in the graph. (Top Right -> Click on Required components dropdown)

Coroutine nodes have been deprecated. Instead all action nodes can make use of the async/await method. No need for an extra node type.

The graph library shows you all available graphs in a project. You can easily search for a graph and open them in a single window. You can also search for asset labels which can be assigned to your graph assets. 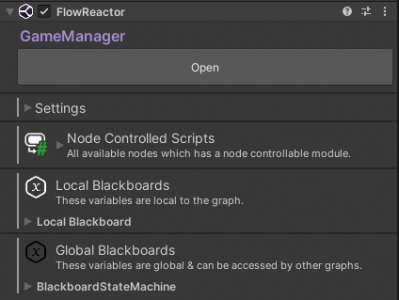 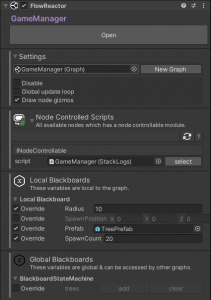 The new FlowReactor inspector has been ceaned up with foldouts. You can now easily see your local, global and node controlled values.

To reduce clutter and match our philosophy of High Level Visual Scripting we've removed 19 nodes from FlowReactor. You can still access them by extracting the legacy_nodes.unitypackage file.